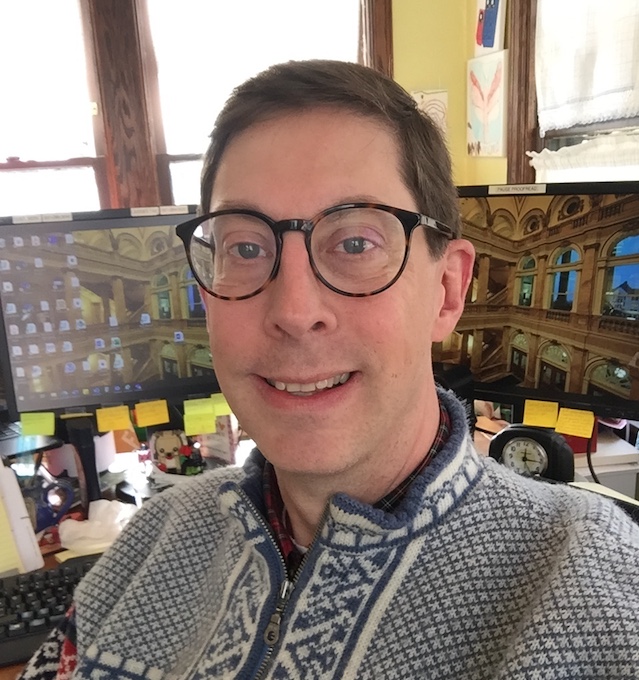 After a lifetime of inactivity, at age 48 I became a runner in 2015 after completing a Couch to 5k program. Since then I have consistently run and completed 7 marathons and many other races. I started and manage an informal running club (BFM Run Club, 230 members). I’ve served beer as a volunteer at races. I’m an evangelist for running! Aside from being a runner, I am a husband (Elizabeth Lake), and father of two (Dutcher (14) and Olivia (12)). I’m an attorney by profession. I was a trial lawyer for 20 years, focusing on employment law. Now, I serve the State of Minnesota as an administrative law judge (Unemployment Appeals).

I founded the BFM Run Club, an informal running club (no dues paying, non-501c3) in 2017. This was an outgrowth of a group of people on Facebook who trained and ran their inaugural marathon in 2016. We now have over 230 members, mainly located in the Twin Cities and outstate Minnesota, and members in several states. I primarily manage the BFM group on Facebook: I schedule monthly group runs and other running events (e.g. Donut Run, meet-ups), including our own marathon we held in September 2020. Basically, I try to keep the wheels spinning. In my professional life, I was the President of the Hennepin County Bar Foundation (2000-01), the fundraising arm for the Hennepin County Bar Association. We fundraised and also met to allocate those funds to other nonprofits whose missions aligned with ours. I know something about maintaining membership interest in a running club, and how a nonprofit operates. My legal skills are also of value. If chosen as a Director I know I can add value to Run Minnesota.

I would come to Run Minnesota’s Board open to any committee assignment. My interest lies with governance, publications and foundation as those are the committees best aligned with my professional skills and experience.