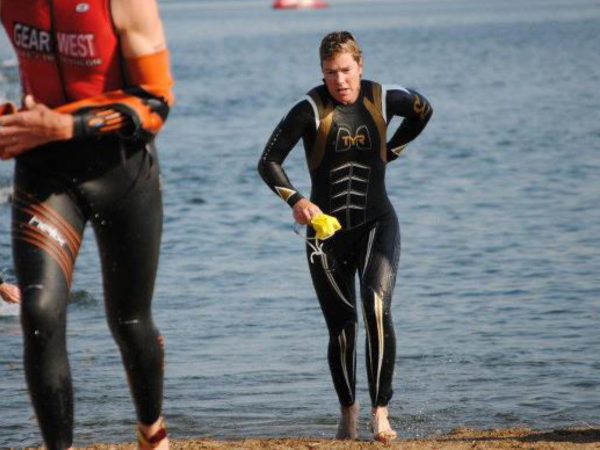 Heidi grew up in St. Cloud, MN a swimmer at age 6 and runner soon after.

She ran track, played basketball and swam at St. Cloud Tech High School having great coaches and teammates to inspire her passions and learn to love competing. After HS, Heidi attended Hamline University competing in swimming as an All-American distance swimmer and running cross country and track.

After College Heidi was a professional triathlete for 4 years before starting a family with Tom Miler. After the triathlete “career” Heidi worked at Marathon Sports where she met many amazing legends of our Running Community. She was encouraged into becoming the Volunteer Coordinator for the Minnesota Distance Running Association (now Run Minnesota) from a co-worker at Marathon Sports and the rest is history (as they say).  A few years into the volunteer coordinator role the Office Manager Position opened up and Heidi took that job for MDRA from 1991 to 2016. A few years later Heidi came back to the organization in the Race Director position and has been in that role for 3 years.  She enjoys working with Sarah and the race committee to help Run Minnesota host quality races.  Heidi enjoys visiting with the old time members and also loves seeing a new runner complete their first Trail Classic or City of Lakes Half Marathon.

Heidi is also the Head Swim Coach for the WEST Express Swim Team. A USA Swim team in the Chaska/Chanhassen area that has 200+ youth swimmers.