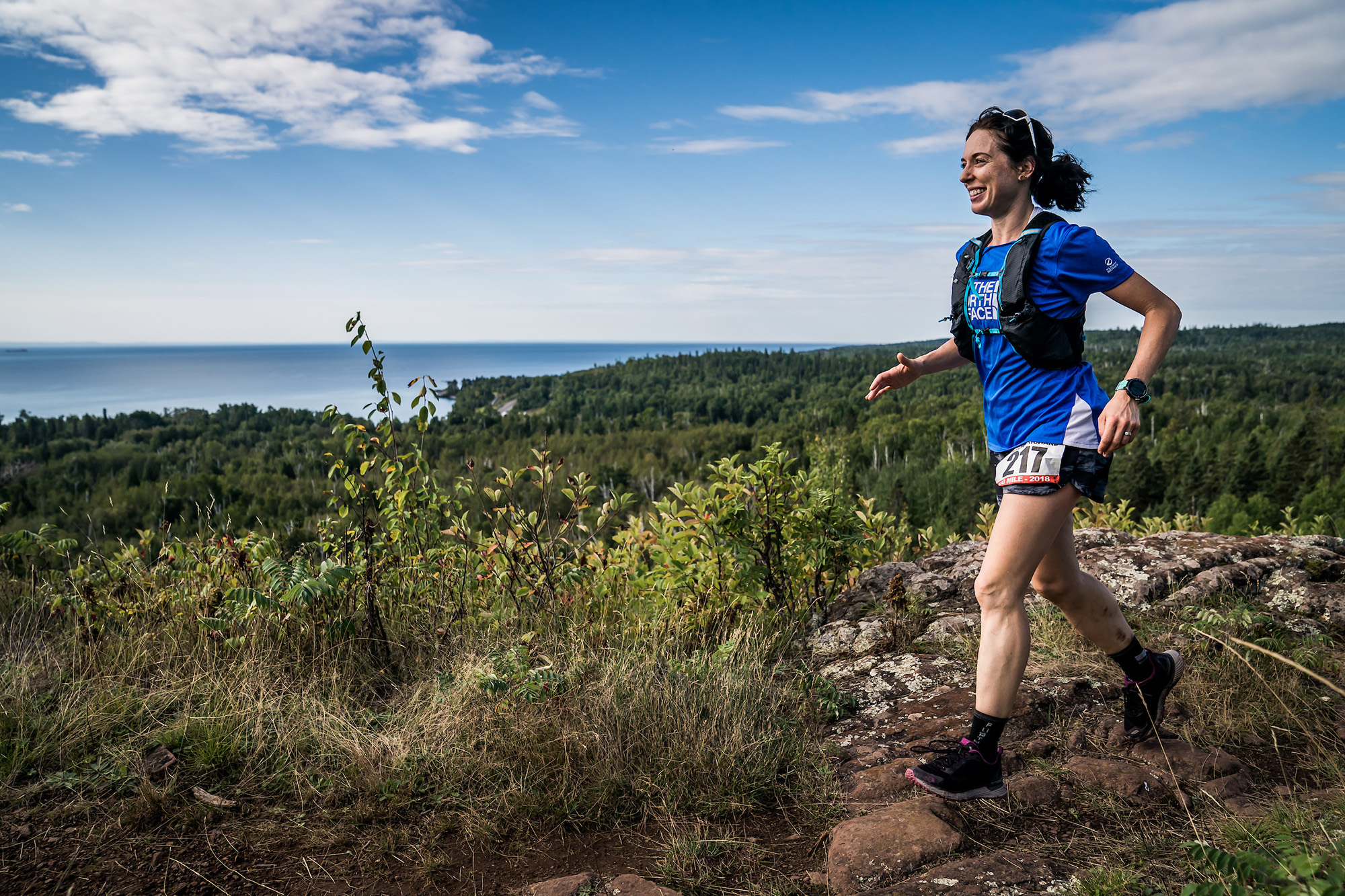 The Superior Fall Trail Race 100MI, 50MI & 26.2MI are extremely hilly, rugged and technical trail-races that traverse the Sawtooth Mountain Range via the Superior Hiking Trail in far Northern Minnesota. All three distances are run point-to-point, finishing at Caribou Highlands Lodge on Lutsen Mountain. The race is approximately 4.5 hours North of Minneapolis. The course parallels Lake Superior, the largest lake in the world by surface area, climbs to near 2000′ peaks with breath-taking vistas of the lake and inland forests, and crosses whitewater rivers and serene streams while traversing through boreal forests. The Superior Trail Race is organized by Rocksteady Running and directed by John Storkamp. The Superior Trail Race would not be possible without its hyper-dedicated crew of longtime volunteers.