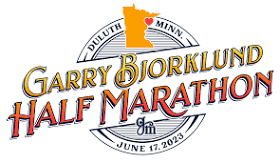 Garry Bjorklund won the inaugural Grandma’s Marathon in 1977 and was again the champion in 1980.

While that may be his local claim to fame, the Duluth area native also represented the United States in the 1976 Montreal Olympic Games, placing 13th in the 10,000-meters.

In 1991, the Garry Bjorklund Half Marathon was created to recognize his lifelong contributions to running throughout the area and state of Minnesota.

The race has now grown to become one of the largest half marathons in the country, welcoming approximately 10,000 participants each year to the shores of Lake Superior.

The 2023 Garry Bjorklund Half Marathon is officially sold out!

Those still interested in participating in the 2023 Garry Bjorklund Half Marathon can explore any of the following options: