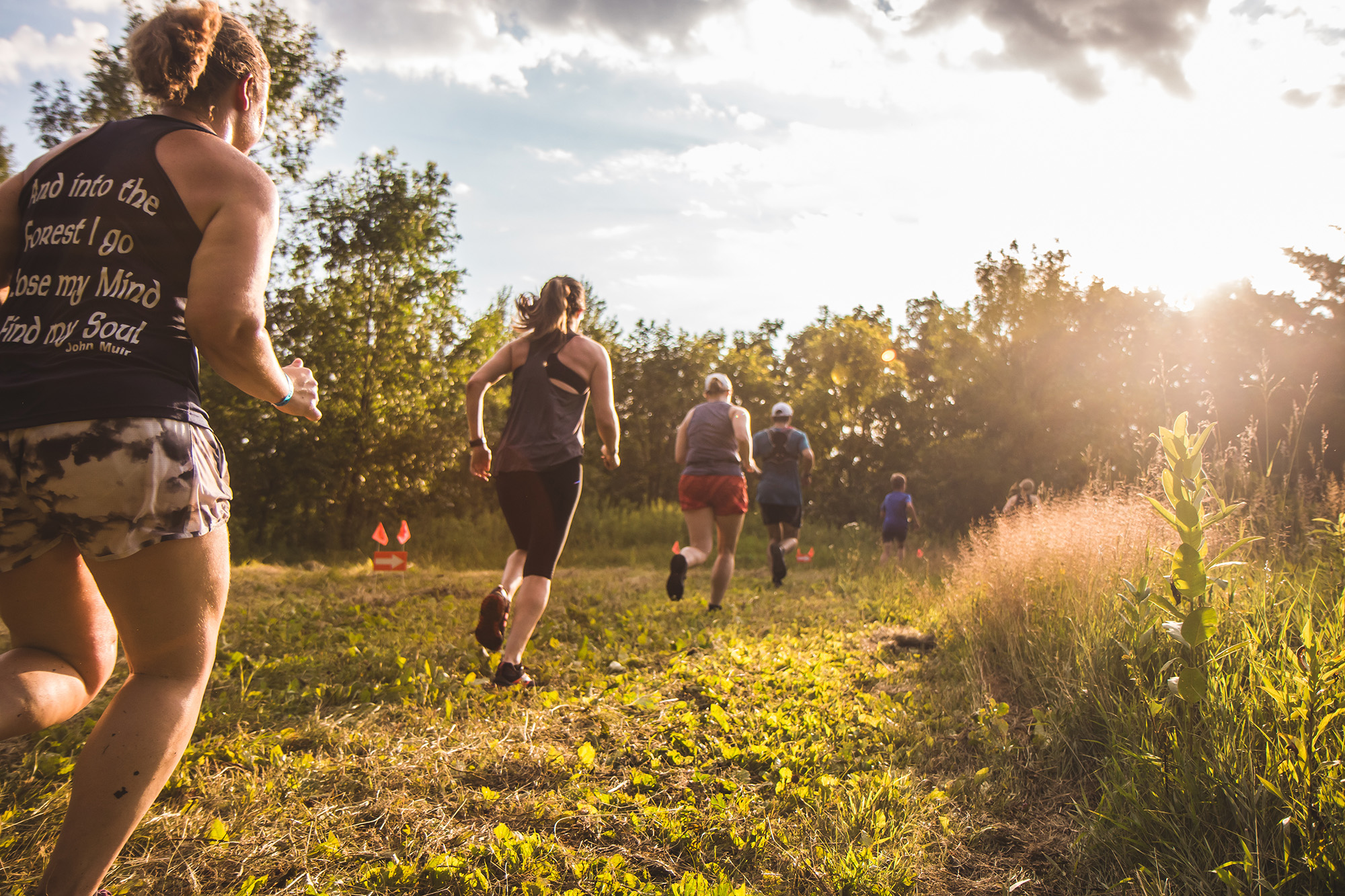 Remember when you were young and the Summer days were hot, relaxing and seemingly endless? Well, as adults we still get that but usually only on weekends and holidays… until now. The Endless Summer Trail Run Series is the brain-child of two passionate Minnesota trail-running main-stays – Rocksteady Running and Twin Cities Running Company. The series was created to provide low-key, low-pressure and affordable trail running / racing opportunities for people of all ages, abilities and levels of experience. Whether you are a seasoned trail or road racer, first time trail-racer, need a tune-up for your next race, need to get in some speed-work or the highlight for you is socializing at the finish – running one or all of the races in the series is for you. The Endless Summer Trail Run Series has garnered a strong local following and has gotten significant national media coverage as one of the best organized and most well attended trail running series in the country! The individual series races are held at several different Twin Cities parks that boast extensive unpaved trail systems. The series is very popular and all races within the series routinely sell out weeks if not months in advance.