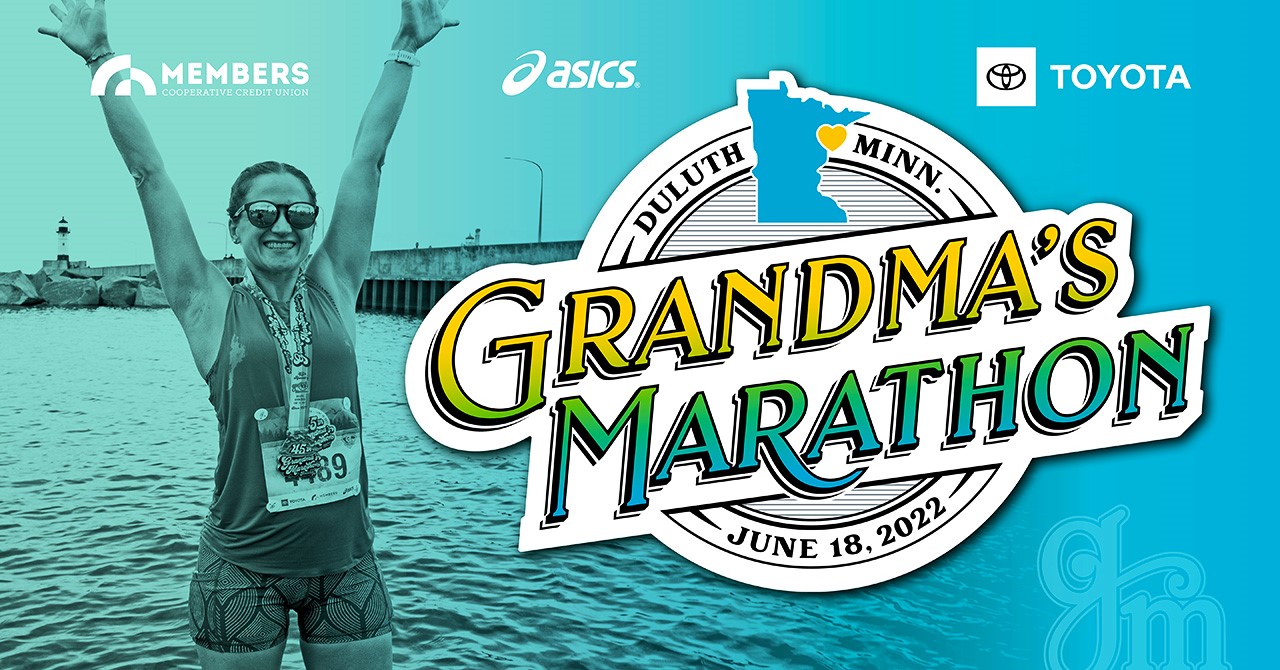 Since our inaugural race in 1977, Grandma’s Marathon has grown into one of the largest and most popular marathons in the United States. Now much bigger than just a 26.2-mile road race, Grandma’s Marathon is now a “can’t miss” weekend that brings together runners of all calibers and from all over the world for a yearly celebration of the human spirit.

Named in 2021 as the state’s best annual sporting event by more than 525,000 “Minnesota’s Best” voters, Grandma’s Marathon has become the unofficial “kickoff to summer” event in the region. The course is one of the most scenic in the country, starting just south of Two Harbors, MN and running along the beautiful shores of Lake Superior before finishing in Canal Park, the heart of Duluth, MN.

The point-to-point course has many rolling hills and even offers runners a tailwind most years, making it the perfect place for a marathon rookie or a veteran trying for a PR or Boston Marathon qualifying time. Not only that, but one of the nation’s largest expos as well as a traditional pre-race spaghetti feed and great post-race entertainment make for a weekend experience that is the total package for our participants.

Grandma’s Marathon was also named one of 20 “Marathons of the Decade” by BibRave and a Minnesota Signature Event, further evidence of a world class event with small town charm.

Our race is returning to to full capacity in 2022, but be sure to take advantage of the lowest pricing tiers by getting signed up early! We do have a virtual option available again this year, as well.

Grandma’s Marathon weekend is a time the word “impossible” ceases to exist and when more than 20,000 people become your biggest supporters and best running buddies. So get ready to once again tie up your laces for another year of memories, miles, and human might.